CoolSculpting is the world’s #1 non-invasive fat-reduction procedure. Illume Cosmetic Surgery & MedSpa is one of Wisconsin's leading providers of CoolSculpting for more body areas and we provide our patients with certified CoolSculpting professional technicians. 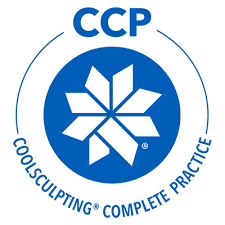 CoolSculpting is an easy way to contour your body by freezing unwanted fat away with no surgery or downtime. With more than 3.5 million CoolSculpting treatments performed worldwide, people everywhere are getting a better view of themselves, thanks to the one-of-a-kind CoolSculpting procedure.

Coolsculpting by Zeltiq works by freezing fat cells; a process scientifically called Cryolipolysis®*. This sounds impossible we know. Patients have reported losing up to 2 inches in a single treatment*

How Does CoolSculpting Work?

Cryolipolysis is the result of a groundbreaking discovery by researchers at Massachusetts General Hospital of Boston, a teaching affiliate of Harvard Medical School. They discovered that subcutaneous fat cells are naturally more susceptible to the effects of cold than other surrounding tissue*. These Harvard studies confirmed that you can freeze fat away*. When exposed to precisely controlled cooling for a sustained period of time, fat cells die and the amount of fat you have is reduced permanently*. Once these fat cells die, they cannot come back*. This is why CoolSculpting is like a non-surgical lipo (liposuction)*.

Depending upon the amount of fat reduction you desire, and amount of fat excess you are starting with, the treatment may be repeated more than one time to reach your CoolSculpting results goal*. After you freeze the fat, it takes a few months for the full result to become apparent*.

So what happens when your weight fluctuates?

When you start to gain weight, those fat cells expand, which in turn causes your waistline (and hips, and double chin, and thighs) to expand. When you eat healthy and exercise regularly, those fat cells shrink to give a slimmer and trimmer shape. If you stop those healthy habits, they will expand again, adding unwanted bulges.

CoolSculpting is the only FDA-cleared, non-surgical fat reduction treatment that uses controlled cooling, freezing fat cells, which reduces stubborn fat that resists all efforts through diet and exercise*.

The results are proven, noticeable, and lasting, so you’ll look good from every angle. CoolSculpting can reduce fat in areas such as the abdomen, flanks, chin and inner and outer thighs.

CoolSculpting® is FDA-cleared to treat 9 different areas of the body: visible bulges under the chin and jawline areas, thighs, abdomen and flanks, along with bra fat, back fat, underneath the buttocks, and upper arms.

Every CoolSculpting® session is different—it all depends on your natural body shape and the specific areas of fat you are targeting.

Your treatment is completely customized and our staff will work with you to create a plan that’s quite literally made for you.

What Areas Can Be treated with CoolSculpting?

The most common CoolSculpting treatment areas include:

The CoolSculpting procedure actually reduces the number of fat cells in the treated areas.

Unlike surgical procedures, the CoolSculpting procedure has little to no downtime.

The CoolSculpting procedure was recently awarded “The Best Fat-Reducing Treatment” by NewBeauty!

How are different body areas treated with CoolSculpting

Illume Cosmetic Surgery & MedSpa is one of the areas largest providers of CoolSculpting and offers a variety of CoolSculpting applicators designed in different shapes and/or sizes in order to address the various contours of your body. They include:

CoolCore: This applicator is made to match the contour of most stomachs, making it ideal to treat the upper and lower abdomen.

CoolMini: A miniature applicator that was designed to treat the chin and other smaller areas, including the knees and arm pits

CoolSmooth Pro: This is the only applicator that does not use suction (i.e. fat is not pulled into the applicator for cooling). Instead it rests flat on the treatment area making it ideal for treating dense body areas including the outer thighs and abdomen.

CoolPetite: One of the newest applicators, designed to treat the upper arms.

CoolFit: An ideal applicator to treat vertical body area like the inner thighs

CoolCurve: This applicator is designed to address curved or narrow areas of the body like the love handles or bra back.